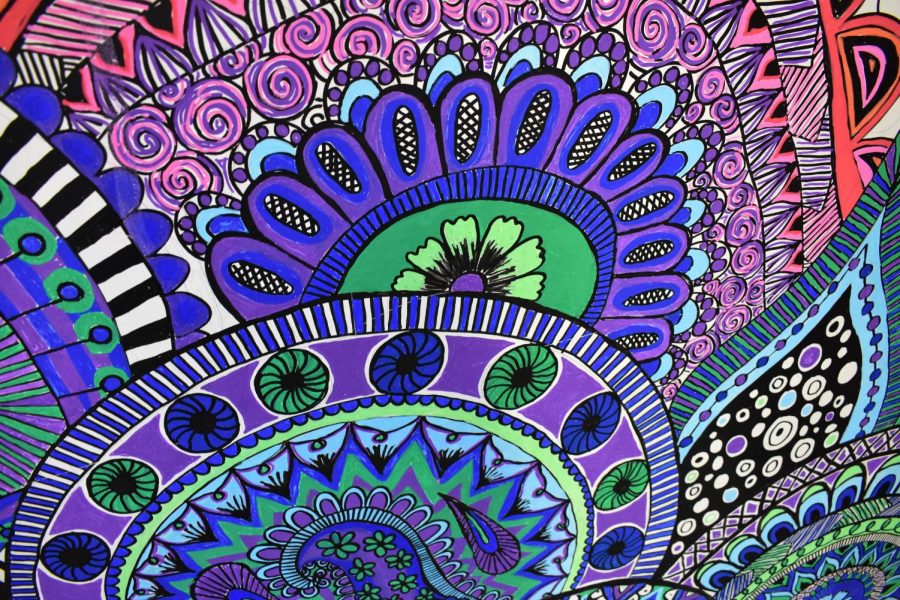 Nuclear power plants are designed to run twenty-four hours a day, seven days a week, three hundred and sixty-five days a year. Maintaining a power source that relies on radioactive uranium requires competent manpower, and that means long days for Valerie Khodemchuk. He climbs out of bed at four thirty and begins his morning routine. Brush teeth, get dressed, eggs and cornflakes for breakfast. The sound of the yolks sizzling in the skillet wakes up his wife and she kisses him goodbye as he grabs his work bag and slips out the door. It’s cold at five in the morning, but Pripyat is never humid and Valerie likes a dry breeze. A short walk later and he’s in his ‘81 Chevette driving towards the plant.

The chain link fence surrounding the atomic power plant is ten feet tall. The squares within the metal barrier are small enough that you couldn’t climb the fence without a ladder. As an added measure of security, the top of the fence is covered in barbed wire rings. The plant has only one entrance, which Valerie approaches. The guard at the checkpoint is supposed to ask for his ID, but he recognises Valerie and his dusty chevy. The guard opens the gate and waves Valerie through without a word, then returns to his paper. Valerie parks and shuts the driver’s door with a resounding thump. He pulls the strap of his bag further up on his shoulder and breaks into a quick walk.

Everything about the plant exemplifies function and efficiency. No energy or money was wasted on the appearance of the plant; the exterior is composed entirely of unpainted, rough concrete and metal. Inside the plant is a gridlike pattern of small, dingy rooms. It isn’t the best atmosphere to work in, but the pay is good and Valerie has worked his way up into a management position. He’s the senior operator of group seven of the main circulation pump for the fourth reactor. He oversees the cooling and some aspects of maintenance for one of the plant’s reactors. It’s not that important of a job, but it means he gets preference in the lunch line.

Valerie swings the door of his office wide open and slides into his roller chair. He places his bag on his desk and grabs his radio from its charging port. He flicks the power button on the side of his clunky desktop and waits for it to boot up. He glances as the safety warning lights, out of habit. He stands up and begins to pace, occasionally glancing out the bay window in his office, which overlooks the fourth reactor. Valerie begins to contemplate what he has to do today. Maintenance report, safety check, inspection of the cooling material, lunch, meeting, another maintenance report, leave. Many people view nuclear plants as dangerous, uncertain work environments, but what Valerie enjoyed most about his job was the predictability. Each day was similar enough that he could plan it all out beforehand.

Valerie’s two way radio interrupted his reverie. “This is Anatoly, paging Khodemchuk. Come in. Over.” Anatoly Dyaltov was the SRO, or senior reactor operator at the plant. It was his job to oversee all operations. Whereas Valerie was a man who dealt with the details, Dyaltov handled all of the plant-wide projects.

Valerie snatches his radio from the table. “This is Valerie. I hear you Anatoly. What do you need? Over.”

“Morning Valerie. I just needed to update you about how the proceedings are going to look today. What’s your morning schedule look like? Over.”

Valerie pauses for a moment. “Nothing that important. Nothing I can’t postpone. Why? What’s happening? Over.”

“Oh, it’s nothing that isn’t routine,” Anatoly answers casually. “We just have to do a safety system test before the maintenance outage. Over.”

“Never mind about that now.” Anatoly had been answering inquiries like this for an hour and a half now and he wasn’t about to start with Valerie. “All I want to know is, will you be ready?”

“Uh, yes, of course.” Valerie says, feeling slightly abashed after catching on to Dyaltov’s impatience. He wants to pursue the issue further, but he also didn’t want to give his boss a reason to be mad at him just before the power plant started an outage. “What time are we starting the test? Over.”

Anatoly grunts. “The safety guys aren’t sure yet. Those guys can never make up their minds. I think they said it’ll be before noon, but no final decision has been made or something like that. I’ll get back to you when I know more. Over and out.”

Valerie places his radio back in its port and collapses in his office chair. His momentum carries the swivel chair to the back of the room, spinning as it approaches the wall. He leans back and gazes up at the T-bar ceiling. Valerie could afford a week or two off from work, but any longer meant financial uncertainties. The conversation with Anatoly had robbed him of his enthusiasm for the day’s work. He sits there listlessly for a few more minutes, worrying. Eventually he pulls himself back to his desk and starts the maintenance report.

He’s nearly done when he sees that one of the safety lights is glowing red. The first time he notices it out of his peripheral, and it doesn’t register. Suddenly he realizes what he saw, and he snaps his head to the side so fast he gets whiplash. The safety light really is lit up. He cracks his neck and rushes to the dashboard. He reads the script underneath the warning light. Too much water was interacting with the fuel in the reactor. In all seven years he had been working at the plant, he has never seen anything so serious. He has to call Anatoly.

“Anatoly? Come in. Come in! It’s serious!” Valerie is practically screaming into his radio. “Anatoly! Goddamnitt, come in!”

“What the hell do you want Valerie?!” Anatoly shouts back. “We just started the safety test! I can’t deal with you now. Over and out.” He finishes in a subdued tone of finality.

“What did you just say?” Valerie can tell that Anatoly isn’t mad anymore, he’s worried.

“The red safety light is on. Too much water is mixing with the hot fuel. The reactor might not be able to take it. Over.”
“It must just be an inconsistency. Over.” Anatoly answers.

“During safety tests, they happen all the time. I’m willing to bet it’s an inconsistency. Over.”

“Willing to bet the whole plant? Over.” Valerie can’t believe what he’s hearing.

Now Anatoly is mad again, “Listen Valerie, we’ve planned this test for a month and a half now. Every little detail has been taken into account. The new reactor has been designed and redesigned until every scientist and engineer who worked on it couldn’t find a problem with it. I assure you, it’s an inconsistency. If you have any more concerns, go down to the reactor and make a status report. Management is confident with the stability of the reactor. Over and out.”

Stunned, Valerie places the radio in its charging port. What the hell was Anatoly thinking? Blatantly disregarding a safety alert, no matter how confident Dyaltov was in the new reactor, was borderline suicidal behavior. Valerie had to convince Anatoly that this was a serious issue. He decides he’s going to file that report, hopefully before it’s too late. He grabs his radio and dashes out of his office and down the hall.

Although Valerie doesn’t know it yet, in the reactor room, things are exactly as he fears. The interaction between the boiling fuel and cold water has caused fuel fragmentation and an influx in steam production. These factors led to an increase in pressure. The reactor has a design flaw; damage to three or four assemblies of the reactor can cause the whole machine to blow. Right now pressure is building within the reactor, causing internal damage.

Valerie arrives in the reactor chamber as an explosion of steam flies through the room. The smoke surrounds him so quickly that he doesn’t have time to stop himself from inhaling. He’s doubled over, gasping, as a second, blindingly white explosion propels hot fuel and four hundred tons of graphite throughout the plant.

Valerie Khodemchuk is the first man to die as a result of the Chernobyl disaster. His body has never been recovered.