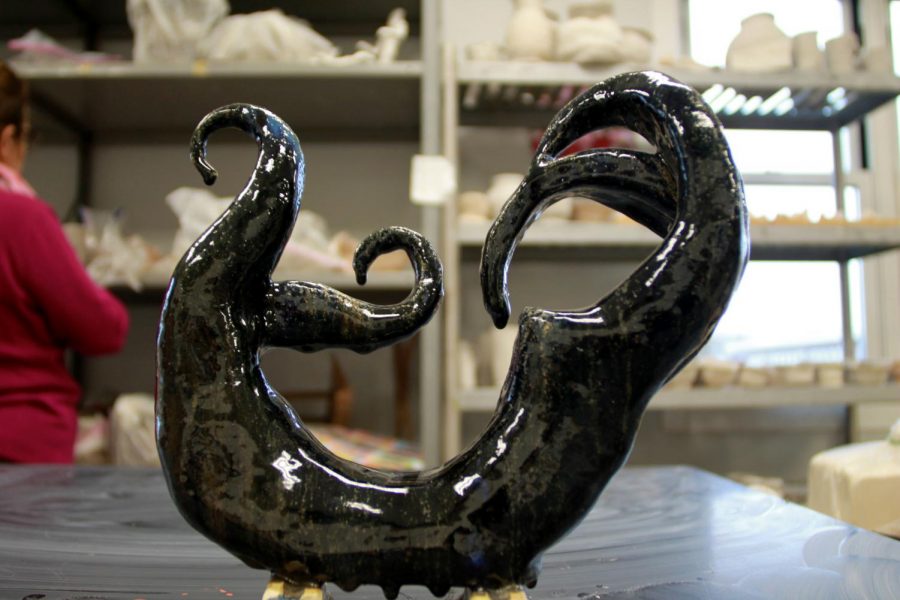 Walking Each Other Home

In dusk’s shadow, I recall the warm summer rain crying down in drizzling throes. The droplets became just great enough to drum on my grandmother’s naked head and make her nose scrunch with a kittenish sort of aggravation. Being the taller of the two, I carried our umbrella between us as we walked, pressed hip to hip. That night we spoke of bodies and the ways in which they could ache, and she took my hand between hers while we went, as if I might run off. Her skin, it was so paper thin, I could feel baby bird bones lurking beneath. The touch felt frightening and foreign, and stood to serve as a sure sign of decay.

She had, for a long while, needed to take walks to get her blood sugar down, but I hadn’t always accompanied her. Back in those days, it had just been the diabetes, and that had been easy for all but her to pass off as no more than a mild annoyance. I wonder now what conversations I missed all those years. Miles of walk-made words I’ll never know.

Our first walk, in a way, came when we were apart. While she paced the Beverly Hospital courtyard, smoking the cigarette that would be her last, I ran outside with tears streaming down my face, needing to find a place where I could be entirely alone. Perhaps it was a morbid manifest destiny that left me in a graveyard, but any such irony was unbeknownst to me in those moments of reverie. The springtime grass smelled of an animated vitality that I was too distant to absorb, even as I laid my face upon the ground and soaked the earth with my tears. That night I cursed God, and every night since I have been fearful of the possible repercussions of such blind human hubris.

For months, her diagnosis remained a secret kept under the floorboards. Gloucester gossipers cared not about cancer and the way in which it was tearing us apart. Their words only would only fuel the fact that this was real. Even now, as I begin to tell people, I wish I could bury the secret once more, because at least beneath my feet it is safe and silent. I resented the way in which people attempted to understand. To be losing a grandmother is, to most, losing a memory you never knew quite well enough anyway. She was forty when I was born. Fresh from the womb, she was the only hand I let hold me. I had been borne from the wrong woman, I knew, but by then my grandmother’s crippled body was too worn to bare more babes. My mother served as a vessel, but it has never been her arms I have leapt into. With a slap from my father to one cheek and slap from my mother to the other, my grandmother was the one left with the duty to kiss away the blush in both. I hate to say I am losing a grandmother because that feels too far from the truth. I feel I am, in reality, losing everything.

In reality, I’ve been watching her die for as long as I can recall. Her disease is known as X-linked hypophosphatemic rickets, but I know it only in the way I have watched her legs bow and her teeth rot from her skull. The normality of this malady did not aid in softening the blow, but rather only fueled my fury that such sickness could continuously befall the person who I loved most. I still try to find reason in this downward-spiral-bound death sentence, but there isn’t much reason in rage. At most I have turned to the cold embrace of apathy as a substitute for something more. I have no time for anger. I feel like I might have no time at all.

Tonight we went for a walk again, as we have done nearly every night now. The air was crisp with autumn, and I watched as my grandmother went out of her way to crunch leaves and acorns beneath her little feet. And, while thinking the same thoughts, I think we thought this autumn might be our last. When I asked her if she was happy she’d made it to her fifty-seventh birthday, she smiled at me, and told me she was more proud she’d made it to my seventeenth.

Tonight she grabbed my hand again, with her thin skin and half-lit pulse. It has become a comfort now, just to have the touch I know I will one day long for. And as we walked home together, linked by the bone, she pointed out every heart-shape leaf upon the ground, and thanked God for his little gifts.