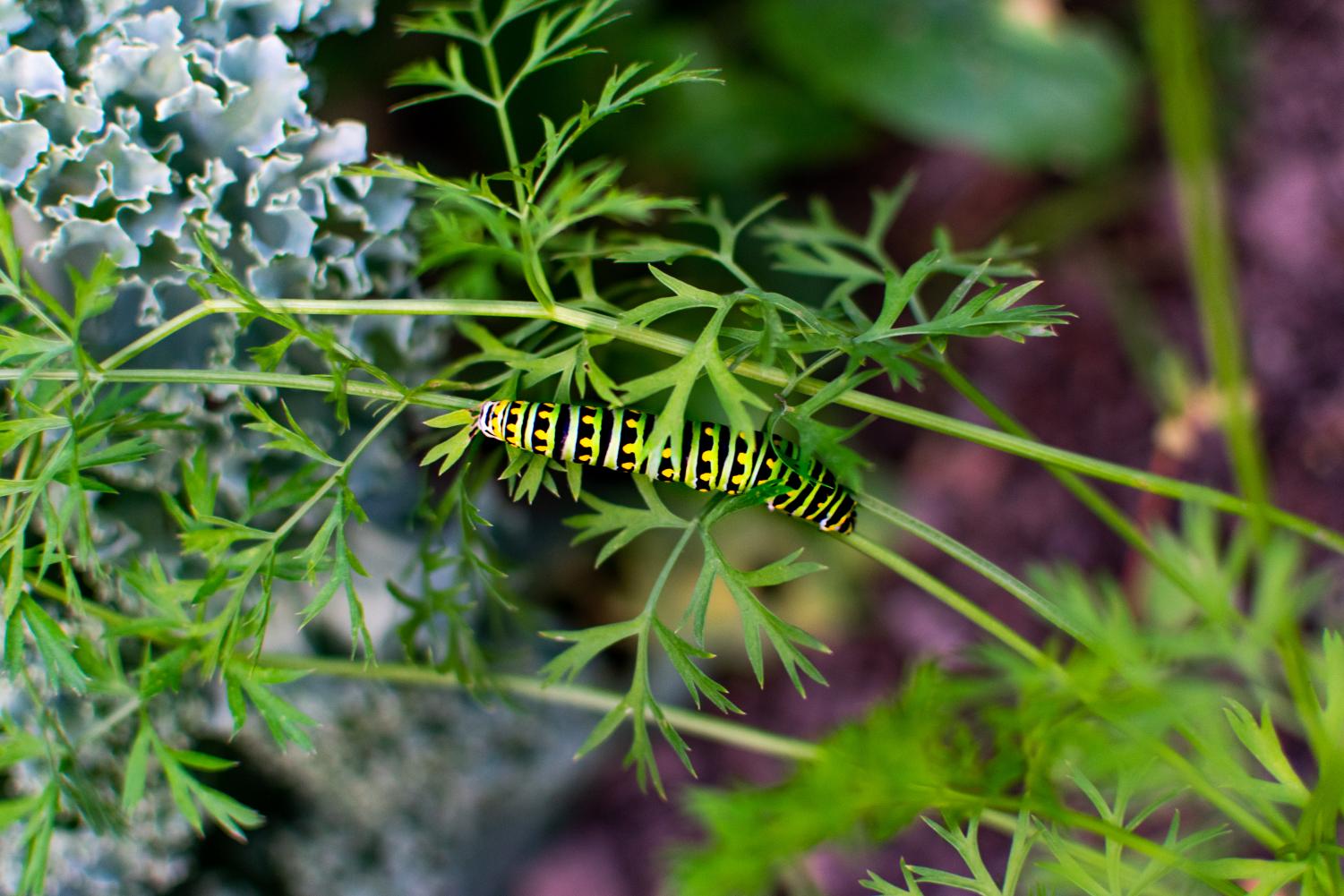 Not All Flowers Are Beautiful

Her love for him is as deep as the ocean. And deeper. Many think of her as a fool, for how much time she devotes to that boy. How much of her life she cuts away just to receive a smirk back. Chrysanthemum is in love, and it is hard for her to truly understand what that means. Being a child restricted from it, she does not know how to love properly. It is beaten and tattered in all aspects.

Chrysanthemum Hayes and Jason King are sitting at a picnic table, made of cold cement. It is cloudy, and a storm seems to be on the way. The trees sway slightly from the blowing wind. It is a decent day, for a decent picnic, for a decent-ish relationship. And that’s it.

“You know, I’ve never loved anyone until I found you,” Chrysanthemum says, her voice cracking in all the wrong places. As always, she smiles, reaching out her hand to softly graze his. Jason’s eyes do not meet hers.

It’s true. Chrysanthemum doesn’t feel much of anything most days, especially not love. The only people she can manage to feel love for are Sierra, her best friend, and Jason. Her parents never meant much, for neglect and emotional distress did not treat her well. Spirals of unhealthy coping mechanisms only leaving her with physical and emotional scarring that would never truly heal properly. And friends always managed to leave, no matter what shape or size they were. Jason is the only person to ever stay for long. Jason is the only one who wished to remain by her fragile heart, whether he truly desires to or not.

“I mean it,” she assures, although re-assurance is not necessary. He knows she loves him, she makes it clear. Her love is rough and direct. She is broken, and all of the dull pieces are devoted to him. She loves him how she has always wanted to be loved. But she’s not.

The silence given from Jason only causes a minor chest pain, a feeling of fullness developing in her lungs. It has been getting difficult for her to breathe in the past few days. Her eyes are always brimming with tears, throat clogged with all the secrets she cannot manage to admit. Slowly but surely, she is falling apart, like a voodoo doll one loses the urge to use anymore.

“I got you something.” Chrysanthemum whispers, a small smile forming on her lips. His eyes drift up. She pulls Sour Patch Kids out of the picnic basket. They are his favorite.

“Thank you.” He takes them from her hands, and looks pleased. She gives an even weaker smile again. He does not seem to notice her pain, and if he does, he does not care enough to express it.

Jason was never one to show intense emotions. He often pretended to show none at all. He had been hurt before, and although Chrysanthemum was different than his past reasons for pain, she was not different enough to change his ways. She knew she would never be enough.

She began developing a cough only a few days prior to seeing Jason again after the picnic. And not a minor cough. A shallow, raspy cough, one that comes from within. She thought nothing of it, until her worst fear had come true. She coughed out a tiny, soft, brilliant red petal. It was then she knew she did not have much time left. It was then she knew she was going to hurt. Badly.

“Sierra, I can’t leave him,” Chrysanthemum says, tears streaming down her hot cheeks. “I cannot manage letting him go,” She whimpers, sniffling and rubbing at her stinging eyes.

Sierra stays quiet for a few seconds, focusing on the road. Her face is stern. Her jaw tightens. Sierra Wright is Chrysanthemum’s best friend. Chrysanthemum’s only friend, pretty much. Chrysanthemum tries not to cry over Jason much, but it is truly hard after awhile. Feeling unloved had gotten exhausting, yet she would never leave his side.

“You can’t keep living like this Chrys, you could-” She is interrupted by a cough from Chrysanthemum. Two petals fall out of her mouth, and she grabs them quickly, trying to reverse the action she had just done. “Chrys,” her voice shakes, but her face remains solemn. She glances at Chrysanthemum every few seconds, then pulls the car over. Chrysanthemum knows the conversation between her and Sierra is not going to end well. I’m going to be sick, she thought. I’m going to die. “Chrys, I don’t want you to die.”

After two more days of nothing but pain in the lungs, the heart, and in the soul, Chrysanthemum decides to keep pushing with Jason. She writes him a letter and buys him a few presents with the money she had been saving for school, all for the price of love. As she walks to his house, her lungs are about to burst. She is trying hard not to breathe too much, and when she does, it is shaky and painful. Her body has begun to shut down, each organ losing the necessary amount of oxygen needed to function. She knows this is going to be it. She knows this will be the hardest and last goodbye.

She knocks on his door, rocking back and forth from heel to toe, heel to toe. There is a shuffle, and the gold handle jiggles.

“Hey,” Jason says, scratching his head and stretching. He is wearing black and grey checkered pajama pants with a Metallica T-Shirt, faded from over a year of use.

“Hey,” Chrysanthemum repeats, holding out her decorated gifts, covered in hearts and smiley faces. He narrows his eyes and scoffs.

“Why would you buy this stuff?”

Her smile sinks in dismay, arms slowly lowering to the ground. Suddenly, she drops the presents.

As the words resonate through her head, she can feel her heart breaking into millions of pieces. Shattering and shattering over and over again, each time hurting more than the last. Her body cannot take it anymore. Chrysanthemum vomits onto the ground, a spilling of wet petals in a murky ooze. She is dizzy and her vision is blurred.

Jason’s eyes widen, and he holds Crysanthemum’s face up, his hands trembling. He opens his mouth to say something, but it is too late. Flowers have begun to bloom in her lungs. They are rich. They are a beautiful, gorgeous, ugly phenomenon. Red petals flutter out of her mouth, each cough shaking her feeble body.

“All I wanted was your love,” Chrysanthemum whimpers, tears now welling in her grey eyes. “That’s all I wanted.”

“You know I love you,” Jason desperately attempts to mewl, feeling Chrysanthemum’s tears fall against his warm skin.

“You don’t,” she wept, a grin plastering her face. “And that’s okay. We could’ve been so much, you know?” She mutters, nodding her head in agreement to herself. “I tried. I tried and that is all that matters. And I love you. Even though the end of the world is inevitable and everything will eventually mean nothing, I love you.”

Jason is speechless, as always, but he cannot respond. She is right. He no longer loves her. With each passing second, the youth in her eyes begins to diminish. Her body quivers, and she ends up falling to her knees, specks of blood coloring them. Petals upon petals are released from her chapped lips, each landing in the lap of Jason. She smells of cherry blossoms, and it is enough to make him nauseous. Her life is fading away as he worthlessly watches. He is losing the girl who wanted to spend the rest of her life with him. He is losing the person he knew always cared, no matter what happened.

The thorns of the flowers’ stems’ punctures her lungs, air escaping from them into the space between her chest wall. Within minutes, both lungs collapse, her skin turning a blue tint. Jason is now weeping, holding Chrysanthemum close to him, supporting her so she is still upright, as if his tight grip could squeeze her back to life. It is the second time she has ever seen him cry, and the last. Her head softly rests against his shoulder, small breaths raising the hairs on the back of James’ neck. He cries for help, his voice growing hoarse. Again and again he screams, but it’s as if the world had something better to tend to that day.

And that was it.