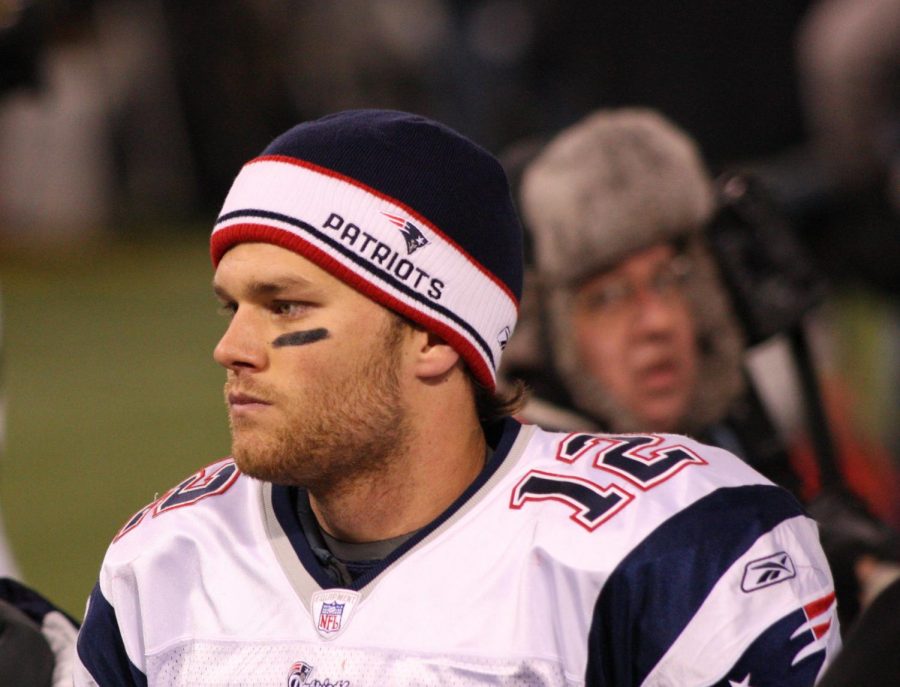 After 20 groundbreaking years, Tom Brady bid farewell to the New England Patriots and turned a new page in his Hall of Fame Career, signing with the Tampa Bay Buccaneers.

Brady announced via social media he was not returning to New England.

“Although my football journey will take place elsewhere, I appreciate everything that we have achieved and am grateful for our incredible TEAM accomplishments,” wrote Brady.

Brady won 6 Super Bowls, 4 Super Bowl MVPs, 3 Regular season MVPs, playing on the Patriots. He held the record for all time wins, and was selected to the Pro Bowl 14 times. Brady was also second in all-time passing yards and all-time passing touchdowns, according to ESPN.

Brady’s career in New England was legendary, grasping the eyes of NFL fans game after game with everything from jaw-dropping passes, game winning comebacks, and pure playoff dominance.

Patriots head coach Bill Belichick admires the effect Brady had on the team and himself.

“I am extremely grateful for what he did for our team and for me personally,” said Belichick. “Tom’s success as a player and his character as a person are exceptional. Nothing about the end of Tom’s Patriots career changes how unfathomably spectacular it was. With his relentless competitiveness and longevity, he earned everyone’s adoration and will be celebrated forever. It has been a privilege to coach Tom Brady for twenty years.”

Patriots owner Robert Kraft weighed in on the departure of Brady as well.

“He has brought so much happiness to me personally and to all of our fans. I had hoped this day would never come, but rather that Tom would end his remarkable career in a Patriots uniform after yet another Super Bowl championship. Unfortunately, the two sides were unable to reach an agreement to allow that dream to become a reality. While sad today, the overwhelming feeling I have is appreciation for his countless contributions to our team and community.” said Kraft.

During the NFL offseason, Brady had four main options, stay in New England, go to Tennessee, Tampa Bay, or the Los Angeles Chargers. Because of limited cap space in New England, Tom Brady could not seek the contract he was looking for to remain a Patriot.

After a subpar, rebuild season, the Tampa Bay Buccaneers had their eyes set on signing TB12 and once again becoming playoff contenders. On March 17th, Brady signed a contract worth 30 million dollars per year, officially making him a Buccaneer.

Tampa Bay was one of the better landing spots for Tom Brady given the open cap space, optimistic head coach, and numerous receivers looking to catch passes from the greatest of all time.

Although this brings sadness and frustration to Patriot nation, remember, when you see the six banners hanging at Gillette Stadium, it’s all thanks to the one and only, Tom Brady.