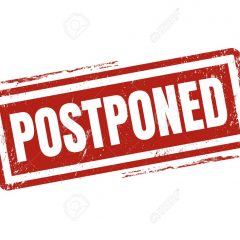 COVID-19 has shaken the globe in unprecedented ways. With school closings and the recommended social distancing this means bad news for the GHS Theatre program.

The Theatre and Music department had planned a group trip to New York City over April break, it was not until March 13th that the trip was officially cancelled, with an email sent out from Jessica Kirk explaining the situation, and providing information about refunds. Bob Rogers Travel, the company organizing the trip stated that,

“Should the situation reach a point where travel to your destination is deemed unsafe by the CDC, we will work with our vendors to either postpone the trip to a later date or work to get as much money refunded as possible. Unless the CDC deems travel to be unsafe, the amount of refund from BRT and our vendors would be limited. Outbreaks are not covered under the general insurance as it is motivated by fear. If they purchased the CFAR they would receive 75% of their money back.”

The trip was planned for April 19th-22nd, with many activities and outings that would have been very beneficial to the students going on the trip.

The spring musical Disney’s Beauty and the Beast had its fate up in the air for a few days, but it was confirmed that the April 9th 10th and 11th performance dates were no longer a possibility. The rehearsal schedule also took a hit, with gatherings of twenty-five or more being banned in the state, and the federal government advising to stay away from groups of ten or more. It complicates how the rehearsal process will continue.

The musical director, Jessica Kirk sent out an email soon after the school shutdown was confirmed. New performance dates were announced to be May 21st, 22nd, and 23rd. She advised all of the cast to be off-book by the time school starts up again, as well as practice dances using videos provided by student choreographer Bella Giordano.

Kirk is working with licensing company Music Theatre International to confirm the rescheduling of the show. She is also working with the Massachusetts Educational Theatre Guild to sort out participation in the annual Musical Theatre Marquee Awards.

Speculation of school closing extending more than the three week period could continue to interfere with the musical and rehearsals. As of now students are expected to return and begin rehearsals when school continues in April.