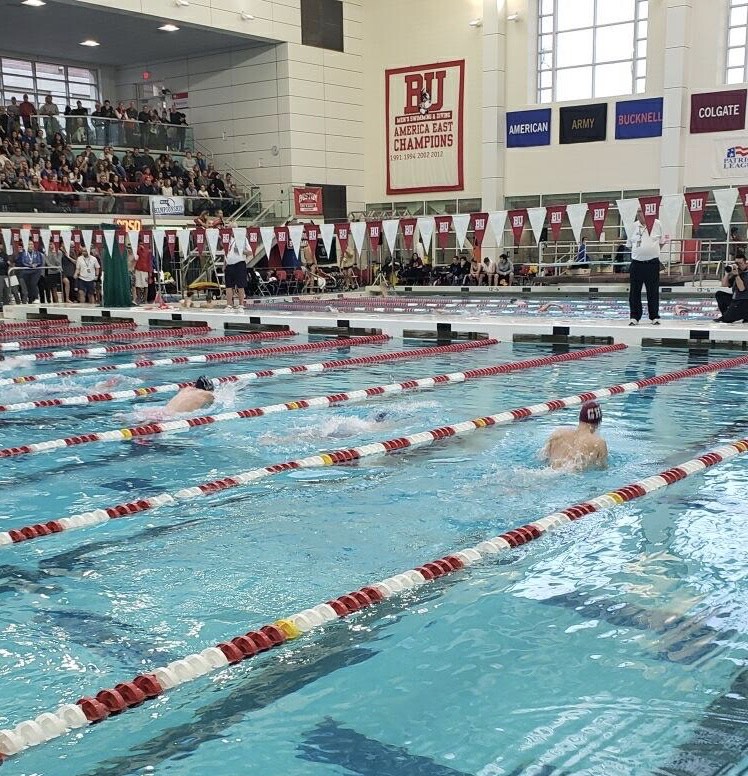 The performances by Gloucester swimmers at Sectionals and States ended the most successful season since the teams establishment in 2014.

“The experience and competitiveness from our seasoned swimmers, combined with the talent of our newer athletes, really allowed us to excel in the conference,” said coach Mercedes Lane.  “The best aspect of this team is the level of support and sportsmanship among the athletes. Everyone encourages and supports one another, regardless of skill or speed.”

For individual events, sophomore McKay and junior Sam Groleau each swam two. McKay had a phenomenal 50 freestyle, going a 24.34, earning her 1st place. She also swam the 100 freestyle with a 55.52 to get her 9th place. Both of her races were personal best times.

This swim earned him a place on the podium. Groleau and McKay were both the first GHS swimmers to medal at both Sectionals and States.