Twenty video games to look for in 2020 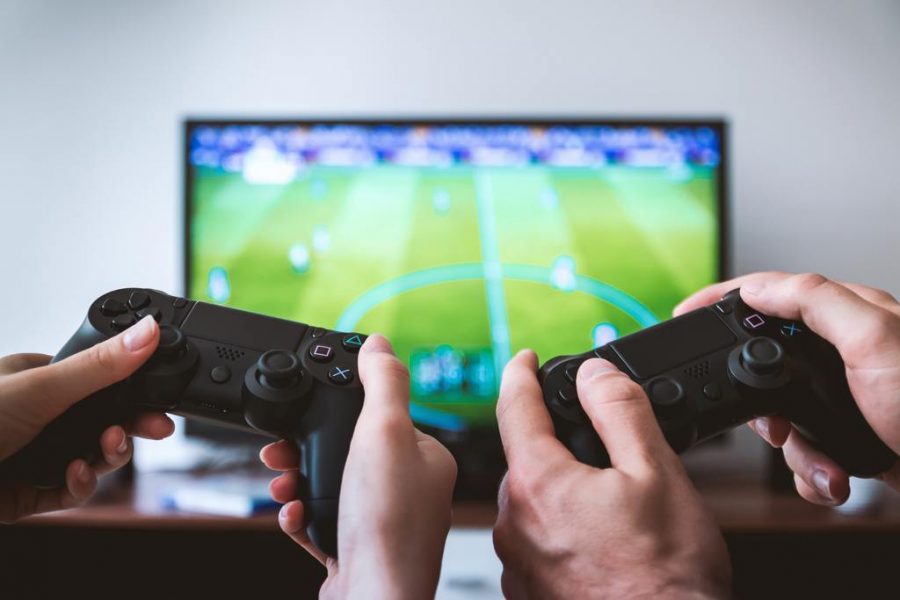 In 2019, we saw several games which gained some serious ground in popularity. However, 2020 has already promised to be a big year as companies begin to release next-generation gaming systems. From new additions within long-term franchises to completely original games from top-name studios. Here are the video games to keep an eye out for in 2020.

Summary: This “game” is actually a game creation system in which players are able to create and share their own games, as well as playing games made by others. This system allows the user to create their own video games, as well as access mechanics, assets, 3D sculptures, music, art and more. This content can then be shared or remixed to be used in other’s creations. Of course, there is also a campaign mode, in which players control an imp, which is used to interact with the game’s world, create new items and characters, and manipulate objects by grabbing and pulling them.

Summary: From the creators of Assassin’s Creed: Odyssey comes a new open world adventure set in Ancient Greece. You play as a forgotten hero, embarking on a journey to an island filled with vicious mythological creatures in an attempt to save the Greek Gods. The playstyle allows for a rewarding story throughout, full of puzzles, dungeons, and monsters.

Summary: This futuristic roleplaying game brings new life to the old Cyberpunk franchise, which originated in 1988. The game features an open-world playstyle, in which players assume the role of a mercenary named V, who is customizable both in appearance, fighting style (melee or an arsenal of assault weapons), and skill trees. This game combines the choice based consequences of classic roleplaying games, while also combining the fast paced fighting of action games.

Summary: This spring, Marvel intends to finally release the long awaited Iron Man VR game. Originally meant to be published in 2019, the game has had its release date pushed back several times to be perfected. It is classified as an action-adventure, in which the player takes on the role of Tony Stark, fully equipped with his Iron Man suit (allowing the character to fly, shoot from their hands, etc.). In utilizing the VR, players will come face-to-face with iconic Marvel heroes and villains as you jet around the world.

Summary: This highly anticipated action-adventure game stars the Avengers (including Iron Man, Captain America, the Hulk, Black Widow, Thor, and more). Marvel’s Avengers is set after a tragic event that leads to the organization being disbanded, but a new threat necessitates its revival. This single-player game allows the user to play as and customize a wide variety of characters from the Marvel Universe. Alongside traditional campaign content, there will also be a live service element and it supports cooperative play.

Summary: Since being bought by Microsoft, the game company Obsidian (known most famously for games like Fallout: New Vegas) has decided to take a turn with their latest game. This game will be a fairly rudimentary survival game in which the player must build a base, craft gear, gather resources, and hunt and cook food. However, where the game lacks in originality of playstyle, it hopes to make up for in design and environment, as the game takes place in a world reminiscent of “Honey, I Shrunk the Kids.” This micro-sized twist on the classic survival game hopes to stand out from previous games.

Summary: Tell Me Why is a choice-based adventure game which relies heavily on the storytelling aspect of a game. The game follows twins Alyson and Tyler who revisit their childhood home, allowing the player to view both twins recollections of their memories. Even more interesting is that Tyler is transgender (one of the first playable transgender characters from a major studio), and must face personal demons from before he has transitioned. From these experiences/memories, the player will be forced to make decisions which will impact the course of the game.

Summary: This fantasy adventure game is described by its developers as a “loot shooter” game, meaning it is mainly centered around questing and completing missions to upgrade your character using in-game “loot.” The game allows for a highly customizable adventure in which you are sorted into a class and advance using skill trees. This game is notable, as it is one of the first announced for the upcoming PlayStation 5.

Summary: This game stands out from the rest, as it is a platform game. Unlike most of the open-world RPG style games, this one keeps you somewhat confined. However, for being a platformer, the game has a rather unique concept due to its fantastical environment. The game centers on the character of Francis Vendetti, the nephew of a deceased folk-music legend. We follow Francis on his journey towards making a name for himself. The landscape is musically-infused, meaning that other than just running and jumping, Francis is able to use musical power-ups from his guitar. The concept is bold and different.

Summary: In league with recent games such as Sekiro: Shadows Die Twice and Nioh, this samurai action-adventure game takes a new spin on the portrayal of a feudal Japan. The story follows you, the last samurai, during the first Mongol invasion of Japan. With an open-world playstyle, this game’s strength has so far been shown through its artistry, featuring a gorgeous environment and quick-paced, stylized battle sequences.

Summary: This game is the third within the iconic Watch Dogs series. As an open-world, action-adventure, this game has choice based consequences as the player takes on the role of multiple hackers, fighting against an authoritarian regime. The characters you play as can be lost/killed throughout the game, making decisions, skill, and attention to the story far more important.

Summary: The Animal Crossing franchise has gained great popularity over recent years, both due to nostalgia and the games characteristic soothing nature. The series allows you to play as a customizable character who serves as the mayor of a town, which can be visited by cute anthropomorphic animal characters. Newer features include crafting abilities and several brand new characters that you can “collect” by having them visit your town.

Summary: This first-person shooter is a direct sequel to Doom (2016), and is the fifth main title in the Doom series. As with past games, the player will play as the Doom Slayer, an ancient demon slayer. Supposedly, this game differs not only story wise from the previous games, but also equips the player with new abilities and supposedly has twice as many demon-types as its predecessor.

Summary: This game takes place before the events of Half-Life 2, and is played using a VR headset, allowing the player to immerse themselves in the virtual world. The story follows characters Alyx and her father as they fight against an alien empire that has conquered Earth. Traditional Half-Life elements such as exploration, puzzles, combat, and story are to return.

Summary: Be careful searching for updates on this outcoming game, as it’s a remake of the 1999 game Resident Evil 3: Nemesis. Unlike the original game, this mimics the more recent Resident Evil games as a third-person shooter, but it keeps continuity with the classic zombie apocalypse story of the Resident Evil franchise. This new game also includes an online multiplayer mode, Resident Evil: Resistance, which puts a team of four players against a “mastermind” who can create traps, enemies, and other hazards.

Platforms:  Windows, PlayStation 4, and Xbox One

Summary: Though it might not technically be a sequel, as the playstyle has completely shifted, this new Minecraft installment has gotten a lot of hype due to the recent resurgence of the original game. Unlike Minecraft, Minecraft Dungeons features no crafting or building, but rather is a “dungeon crawler” game, based around fighting monsters, solving puzzles, and gathering loot in randomly generated dungeons

The Last of Us Part II

Summary: This continuation takes place five years after its predecessor, allowing the player to continue the story as nineteen-year-old Ellie. The game sticks to its post-apocalyptic plot, and features a third-person survival atmosphere. Much of this game’s play style will remain congruent with the original The Last of Us game, allowing the player to use firearms, sneaking, and a keen sense of hearing to try and stay alive.

Summary: The long awaited continuation of the Halo franchise, announced in 2018, is almost upon us. This game will be the sixth main game in the Halo series, and the third chapter of the “Reclaimer Saga.” Continuing Master Chief’s (our protagonist) story, this new installment of Halo hopes to be “much more human,” focusing more heavily on the character himself.

Summary: After five years, a sequel to this survival-horror game has finally been announced. The story takes place fifteen years after its predecessor, and is an open world first-person zombie apocalyptic-themed action role-playing game. As well as the ability to fight and obtain weapons, players now also take on the role of a new protagonist with parkour abilities, allowing them to run, jump, grapple, and paraglide through the city.