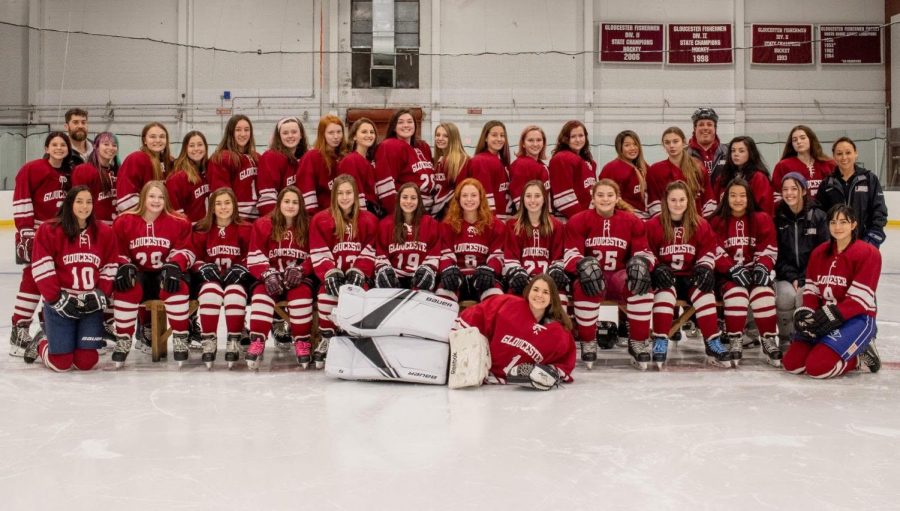 Last night, the girls had a shutout with a 14-0 victory over Pingree.

The second and third periods showed skill as well, scoring seven more goals. This improved the girl’s impressive record to 14-2, ending the season on a high note.

This team had a bittersweet Senior Night. The Fishermen will be losing 11 talented seniors going into the next season.

“So many people improved so much throughout the season,” said senior Cate Delaney. “The game today proved how much better we have gotten and how we not only compete with other teams but can totally dominate.”

With the season closing, head Coach JD Perry is satisfied with the progress the team made this year.

“This is the second season I have been a coach. It has been challenging because of the large team, over thirty players, and the disparity in skill level. Juggling those for a single team was tricky. However, the satisfaction of seeing the team and individuals succeed how they did was great. The way they improved as players, came together as a team, and worked through obstacles made it more satisfying than last year.”

The girls are excited to grow even more as a team and get stronger together for next season.