Why soccer is better than football 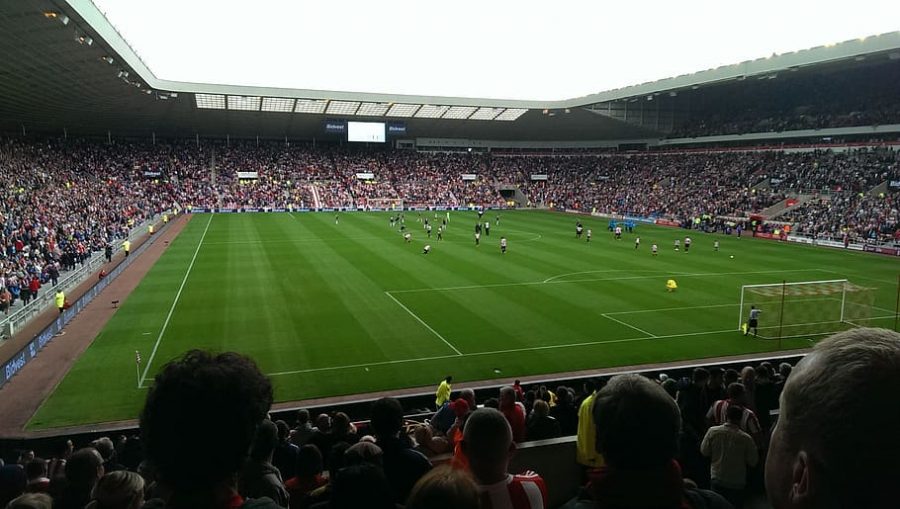 In the United States, American football is widely considered the most popular sport to watch. Every Sunday from September to January, NFL games dominate multiple channels, often for more than 3 hours at a time.

At this point, the Super Bowl is almost unavoidable. On the first Sunday of February, virtually everyone in the U.S. has some level of exposure to the big game.

But the Super Bowl is not the biggest TV sporting event in the world. The most viewed Super Bowl ever was in 2015, between the Patriots and the Seahawks. This game drew an audience of 114.4 million American viewers and between 30 and 50 million international viewers. Some of these viewers tuned in to watch the game, some to watch the ads, and even some just for the halftime show.

The 2014 World Cup Final, on the other hand, drew over 1 billion viewers. Among these, 695 million watched 20 or more consecutive minutes of play. This means over six times as many people tuned in to watch the World Cup Final, and the large majority of these people were watching to actually see soccer.

I am not writing this to trash on football or the Super Bowl, as I know that wouldn’t go over very well in this country. Instead, I am writing to explain why I, and more than a billion others, enjoy watching soccer.

Soccer broadcasts contain WAY less advertising than football broadcasts. During a football game, commercials are always in rotation, you never know exactly when they might happen, but rest assured, you’re going to see a lot of ads. If an injury happens, you will be the target of multiple ads.

In a soccer broadcast, there are only ads during halftime. 45 minutes of soccer, about 15 minutes of ads and game analysis, 45 more minutes of soccer. This makes it very easy to watch only soccer if that’s what you want. Furthermore, if any injury occurs, the broadcast continues, and the announcers take the time to explain the events of the game. Additionally, soccer games start on time, so you know exactly when to tune in.

The fluidity of the game:

Football is a very choppy sport. It runs off starting and stopping. Over and over and over again. On average, football broadcasts last 3 hours and 12 minutes. Of this time, the ball is only in play for about 11 minutes. During a soccer game, the play, and the clock just keep rolling. The ball goes out of bounds every couple of minutes, but then it is put right back in play.

Each score is worth more:

Football games are far more highscoring than soccer games. The average amount of combined points scored in an NFL game is 43. By comparison, the average amount of combined goals scored in a soccer match is 2.6. The most common scoreline for a soccer game is 1-0. This makes each goal more valuable, and therefore, more exciting. You know the classic commentary of “GOALLLLLL”? You just don’t get that kind of excitement in football.

More of an international game:

When you watch football, almost all of the players, all of the coaches, and all of the refs are American. Soccer matches yield far more diversity. My favorite soccer club, Liverpool Football Club, has players from 5 different countries just in its starting lineup. On the flip side, England’s national team has a starting side with players from 8 different clubs. Soccer coaches and refs also come from all over the world. Having more diversity makes the games more worthwhile; it makes each game and each relationship more intricate, and therefore, more interesting.

No one likes injuries. Unfortunately, they are a reality of any sport. While soccer players do get injured, sometimes seriously, this does not happen nearly as much in soccer as it does in football. This tends to lead to longer, healthier careers for the athletes, which is comforting to see from a fan’s perspective.

In the NFL, there is one competition and one goal; to win the Super Bowl! In soccer, there are multiple different competitions, leagues, and cups being played throughout the year. There are basically two levels of soccer. The first is the club level. Clubs are situated in a specific city and  they play their league games against clubs in the same country. They also may take part in continental or even global competitions. Then there’s international soccer; countries playing against each other. When clubs are on break, international teams are playing. This wide variety of competitions essentially ensures that there is always some soccer going on.

Simply put, soccer is a more inclusive sport than football. Women all around the world play soccer. The United States women’s national team won the World Cup in July 2019. Do you know any women’s football teams?

Soccer is very easy to understand. There are basically two rules, don’t use your hands, and the offside rule, which can be confusing at first but is nothing compared to the extensive, detailed rules of football. It often seems like NFL refs don’t even know their own rules. On the other hand, any normal person can sit down to watch a soccer match and follow the action with little question about what is occurring.

So if you are bored on Sundays now that football is over, consider watching a soccer game. Turn on the TV, sit down, and be part of something bigger.