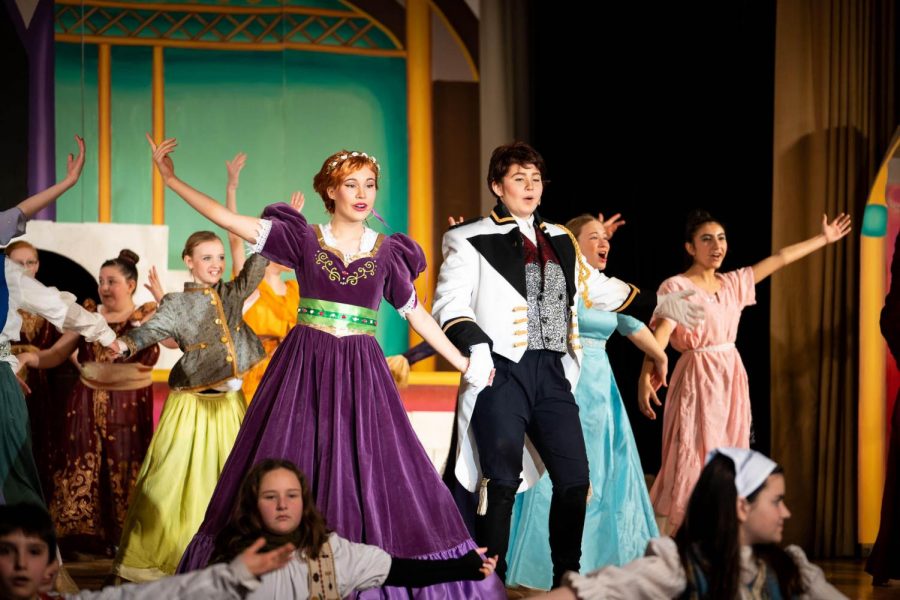 This weekend, O’Maley Middle School Drama Club will continue their run of Disney’s Frozen Jr, a musical that features all of the beloved songs from the blockbuster film.  Two talented casts will bring the show to life.

Faced with the challenge of their shows beginning nearly two months earlier than normal, this year’s drama club students have worked tirelessly to ensure that their performance lives up to the hype created the original movie and its sequel. Since September, they have spent two hours after school twice a week and several Saturday rehearsals perfecting their musical.

Don’t miss your last chance to see this heart melting production this weekend, with cast Y on Friday, February 7 at 7:00 pm or Sunday, February 9 at 1:00 pm and cast X on Saturday, February 8 at 1pm.

Shows take place in the auditorium at O’Maley innovation Middle School, 32 Cherry St. in Gloucester. Tickets are $5 for youth and $7 for adults. They may be purchased at the door or online at https://omaley-drama.ticketleap.com/frozen-jr/

On behalf of the entire cast and crew of Frozen Jr. thank you for helping us share our show with the community!