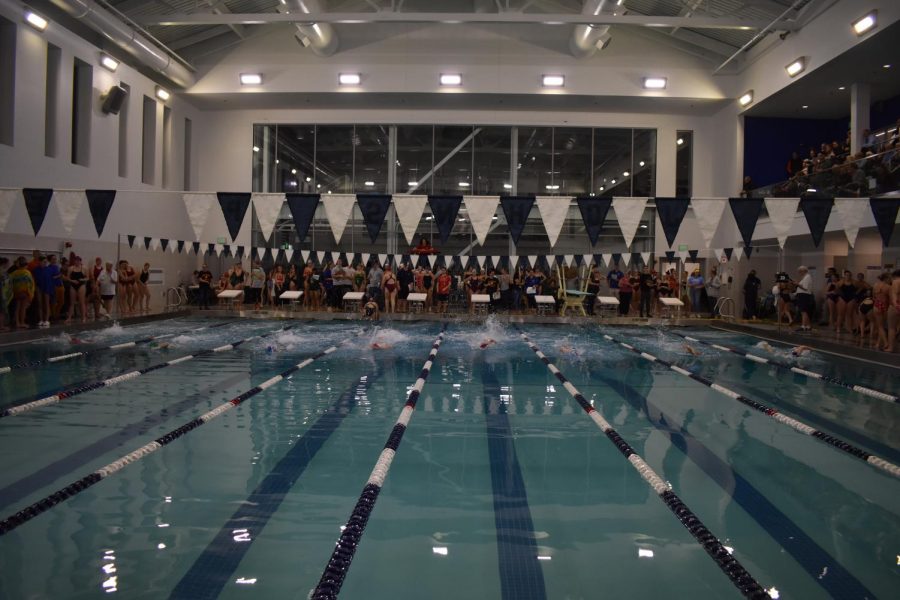 The Fisherman Swim and Dive team had a successful end to the season.  Last week, the team competed at the three day long Northeastern Conference Meet, the last competition of the season.

At NEC’s, boys and girls events are split between two days. Boys in the conference competed on Monday, and the girls competed on Tuesday.

As an overall team, Gloucester scored fifth out of eight teams. Individually, the boys scored fifth, and the girls scored fourth.

The boys team had many great swims. In the 200 Medley relay, Charlie Groleau, Sam Groleau, Jack Fernandes, and Jakob Parpart took 5th place with a time of 1:59.47. The same boys also took third in the 400 freestyle relay with a time of 4:03.17.

In the same event, Gloucester’s second string relay made up of Elijah Sarrouf, Seamus Buckley, Geoffrey Callahan and Tyler Weed went a 4:57.77, placing them 7th overall. The same swimmers came in 10th in the 200 freestyle relay.

The girls saw success with several top finishes. The 200 medley relay placed 4th with swimmers Sarah Fernandes, Madison Moseley, Willow Barry and Caroline McKay. This was enough to achieve the sectional qualifying time of  2:10.69. The same swimmers came in 2nd place in the 200 freestyle relay going 1:54.91, and qualifying for sectionals a second time.

The team is looking forward to this weekend where those who qualified for Sectionals will be competing at MIT’s Zesiger Sports and Fitness Center. Gloucester has 6 girls and 1 boy competing. McKay and Groleau will swim individual events, while the rest will participate in relays.