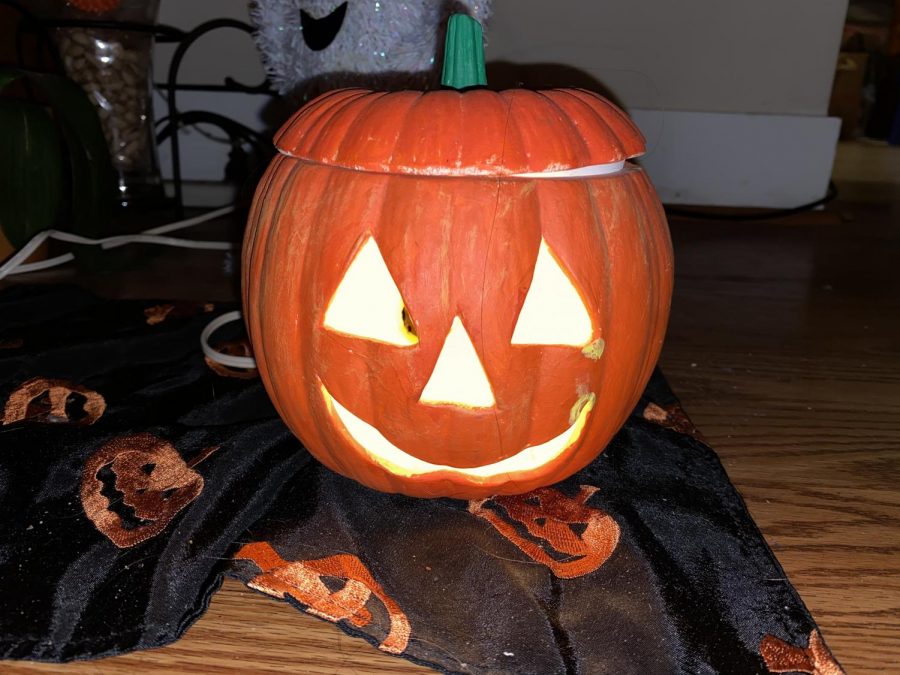 Spooky jack-o-lanterns are a must for your Halloween movie night!

If you’re looking for a good scare this Halloween, then check out these classic horror movies and thrillers.

Over the years, horror movies have evolved from psychologically scary to horrific gore. The movies listed here have a little bit of everything: psychological terror, terrific thrill, and graphic gore. Since these are older movies, the amount of gore isn’t ridiculous, so if you’re not into that side of the genre then you’ll hopefully find a movie to watch. This list categorizes these flicks in chronological order, so if you’re looking for a throwback, jump right in!

One of the first scary movies of the twentieth century. It’s a classic story that almost everyone knows. Dr. Henry Frankenstein is determined to find the spark of life, and in order to discover it, he puts together body parts to make a new man, but he accidentally uses a criminal’s brain. The creature that Dr. Frankenstein creates escapes and wreaks havoc amongst the town. And somehow Dr.Frankenstein must find and confront his creature.

Another classic scary movie, it’s directed and produced by one of the all-time masterminds of horror; Alfred Hitchcock. The story follows Marion Crane, a young real estate agent secretary from Arizona. She was on the run after she stole a large sum of money from a client. She ends up in California because she was paranoid and thought that someone was following her. She then found herself staying at the Bates Motel ran by Norman Bates, and from there things take an unexpected turn.

Another Hitchcock movie ahead of its time based on the technology that was used for it. It takes place in San Francisco, a young socialite named Melanie meets a lawyer named Mitch in a pet shop. Mitch wanted to purchase a pair of love birds, but the shop didn’t have them. Melanie took it upon herself to find a pair of lovebirds and bring them to his home across the Bay. From the moment she and the love birds arrived, chaos ensues when birds began attacking.

Written and directed by Roman Polanski, this movie is a psychological horror about the devil. A young woman named Rosemary and her husband Roman move into an apartment with rather peculiar neighbors. Rosemary becomes pregnant and has the suspicion that her neighbors are apart of a cult that is after her baby. She slowly begins to think that she’s going crazy because no one believes her.

Based off the book of the same name, the story kicks off with a young girl named Regan. As her behavior seems to get increasingly strange, it begins to worry her mother. Her mother makes the decision to get help, at first medically, but doesn’t find the answers she wants. She then proceeds to get help from a priest who believes that Regan is possessed by the devil. The priest then requests to perform an exorcism, and a professional exorcist is then brought in.

Carrie was based on the book by Stephen King about a very socially awkward, sheltered girl that learns she has telekinetic powers. Carrie is a young girl who goes endures bullying at school, along with mental and sometimes physical abuse at home. She discovers that she’s something special- when strange occurrences happen around her. When asked to the prom by a popular boy named Tommy, hesitant to go at first because of his popularity within the school, she ultimately decides to go and lets her guard down. When a tragic event occurs at the prom- everything takes a dark turn.

This movie was made by a mastermind of horror, John Carpenter. The movie takes place in 1963 when a young Michael Myers kills his older sister Judith on Halloween night. He is sent away to an institution. For fifteen years it was quiet for Michael, up until 1978 when he escapes from the institution the night before Halloween and returns to his hometown, but this time to go on a killing spree.

Based on the book by the infamous Stephen King, Jack Torrance is a novelist experiencing writer’s block. He then becomes the winter caretaker of the Overlook Hotel in Colorado. He brings along with him his wife Wendy and son Danny. Danny has psychological powers that can’t really be explained. As the days and weeks go on Danny’s visions become more dark and disturbing, and Jack discovers the hotel’s secrets and slowly starts to go mad. As he grows more insane he proceeds to have homicidal tendencies, becomes manic and attempts to murder his family. It’s a mystery and psychological film that always has you wondering what’s going to happen next.

Poltergeist was a scary movie considering the time period it was set in. Strange occurrences begin to happen to a fairly average family that consists of two parents, a teenage daughter, and two younger siblings. When a spirit of some sort begins to communicate through the television set, it appears to be friendly and playful. But soon the spirit becomes dangerous when the youngest daughter goes missing. The parents then turn to a parapsychologist.

Created by Wes Craven, this movie is set in the present time about a group of teenagers that are being prayed upon through their dreams. Although it all happens in a dream, there is, in fact, a real-life consequence of the kids being killed in their dreams. One of the girls takes it upon herself to figure out who is killing her friends in their dreams and begins to uncover a deep secret that revolves around the situation.

By Stephen King, “It” takes place in both present-day in 1990 and thirty years ago in 1960. The storyline follows seven young outcasted teens who all find friends within each other while dealing with their own issues. The kids begin to deal with a murderous clown named Pennywise who returns every twenty-seven years to prey upon new children. After twenty-seven years of defeating Pennywise, the kids return now as adults to face off with Pennywise one last time.
Scream (1990)

Written by Wes Craven, the movie takes place in the town of Woodsboro where a teenage girl named Sydney Prescott and her friends slowly begin to get picked off one by one by a masked killer called Ghost Face. With the help of police officer Dewey Riley and news reporter Gale Weathers, Sydney discovers that the killer is closer to home than she had thought.

Directed from the perspective of the actors, the Blair Witch Project follows three college students as they escape into the woods of Maryland in hopes of discovering the secret and true meaning of the Blair Witch. The students interviewed the town’s people and heard contradicting stories regarding its existence. It was ultimately left to them to decide what they wanted to believe. When they began exploring the woods they got lost and in that time they uncover the truth of the Blair Witch.