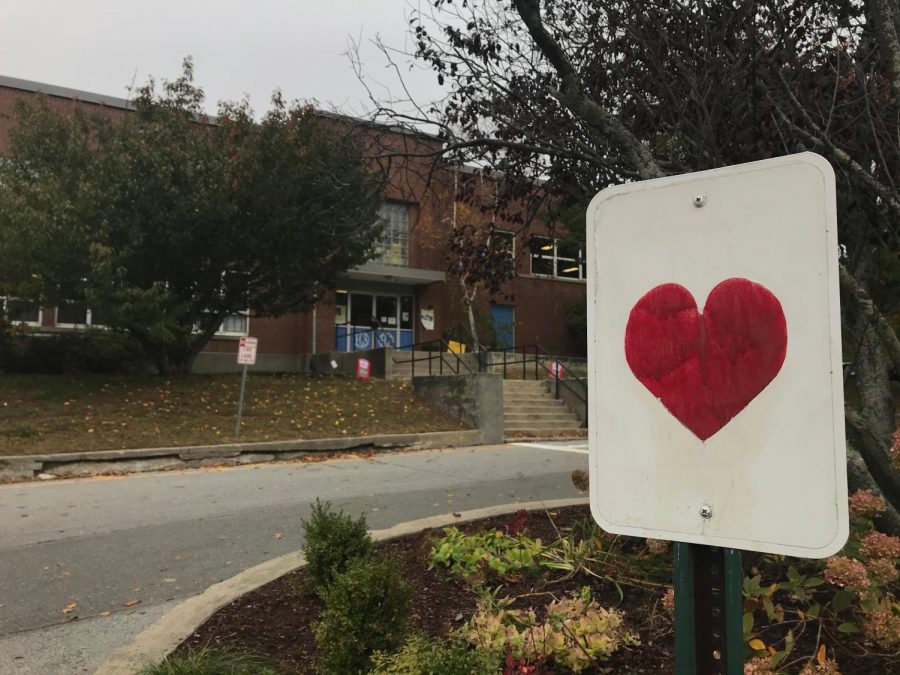 The front circle at East Gloucester Elementary School. The school building was constructed in 1948 making it 71 years old. Construction of the new school will be at Mattos field, rather than the orginal location.

This decision comes after months of deliberation and years of consideration.

“The project has been in the works since 2016,” explained school committee member Kathy Clancy, “Our goal is to have it completed by September, 2023.”

However, faculty and administration at each of the schools have dealt with facility problems since long before the project was drafted.  Both of the schools are over 70 years old and face a host of systematic heating and electrical issues. In addition, the schools lack the space and resources Gloucester students need.

“The building is in a sad state,” said East Gloucester School parent Leslie Friday, “Ceiling tiles are falling, a creek runs through the basement (which really can’t be great for air quality for our kids and teachers), the HVAC system is on its last legs and does not appropriately keep the facility cool or hot, and the kindergarten modulars are well past their lifetime. There is no art room, except for a traveling cart. And children who require special instruction must meet with teachers in the hallway, which is ostracizing and does not allow for privacy.”

The new school will address all of these concerns.  Aside from art and special education classrooms, there will be proper sized gymnasiums and designated spaces for musical education.  It will also be a green school, meaning new HVAC systems will be energy efficient.

Unfortunately, the price of a cutting edge facility is not cheap.  The cost of the new West Parish school, built in 2016, was accommodated by the current city budget.  This time that is not possible. Instead, funding for the project must be obtained via a debt exclusion.

As Clancy explained, “A debt exclusion would [require] a vote by taxpayers to raise their taxes for the duration of the borrowing period.  [The increase averages to about] 138 dollars per year per citizen. We estimate a 20-25 year borrowing period.”

The question has yet to be put to voters, so it’s unclear whether or not the city will be able to go forward.  If voters do not pass the debt exclusion the project ends before it can begin. For generations of future students, it’s a grim prospect.

“If there is no new school and the city will have to continue to give money to these buildings beyond [the duration of] their useful lives.  Students will continue to lack educational resources such as rooms dedicated to art and music, as well as [specialized] spaces for special education services,” Clancy said.

For parents concerned that the merge will ruin the culture and accessibility of the small neighborhood schools, know that the city has taken this into account.

“The majority of kids live within walking distance of the site we’ve selected and the design [of the new school] promotes an intimate learning environment,” said Clancy.

As for Friday, the pros of a new facility far outweigh the cons.

“I understand that change is difficult for many people, and that there is a lot of sentiment tied into the location of EGS.  But, I don’t think that should be a reason to deny the logic, the true need, for having a better facility for our teachers and children,” she said, “Regarding the loss of a neighborhood school, I feel for people who see EGS as a neighborhood anchor. However, I don’t think it’s a “neighborhood” school in the sense that many children live within walking distance. The majority of children, including my own, live a car or bus ride’s distance away.”