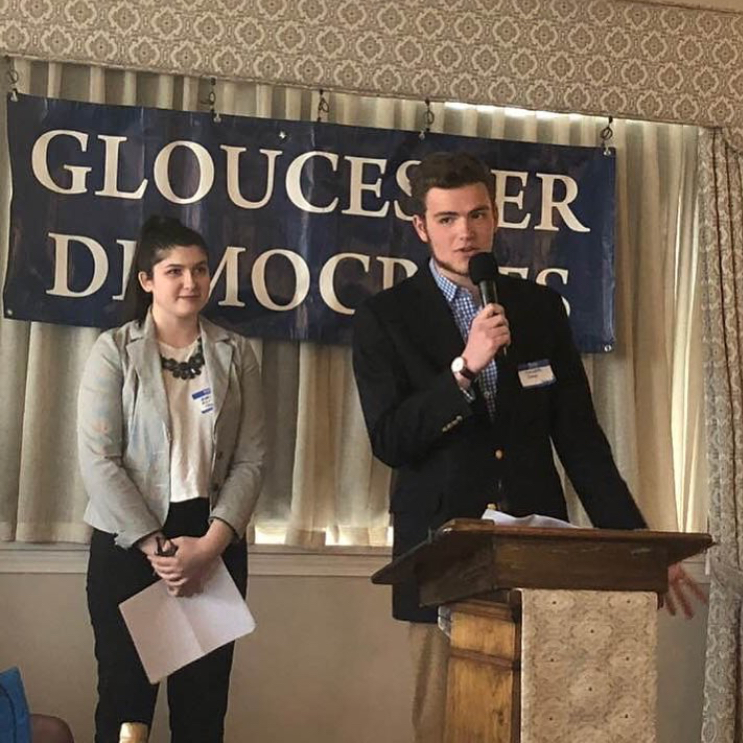 The two were invited because of the speeches they both gave on March 15th- the day GHS held a school walkout in support of the Marjory Stoneman Douglas High School shooting victims.

Oaks, a GHS junior and founder of the Young Democrats Club, spoke first. He expressed excitement to be heard by the adults around him.

“It was honestly a really memorable experience and I am so thankful for the opportunity,” said Oaks. “It was great to get access to an audience of that size and caliber.”

Kotob, a GHS senior, ended her speech with the powerful lines that reflected her time spent in Washington D.C. for the March for Our Lives protest event.

“The fire of hope was lit within all of us, and it will not blow out until we feel safe to go to church, the movies, to school, or even walk down the street,¨ said Kotob.

Oaks also gave credit to his peers for helping to make the walkout happen.

“I’m really proud of the work that Maria and I and all of our peers did to not only facilitate the walkout, but to make our voice heard throughout the city,” said Oaks.

Oaks and Kotob agree that speaking at the walkout and the brunch opened doors to becoming even more involved in their community.

“In addition to this amazing opportunity, I also made a lot of connections in the democratic community and within the political community in general,” said Kotob.

Both students described it as a very rewarding experience, as it changed their perspectives on how eager adults are to help them initiate change.

“To be able to speak to those with the same view as me was an experience like no other,” said Kotob. “For them to wish for the same changes us students want is really uplifting in this time of change.”

Oaks and Kotob are determined to continue speaking out about school gun violence alongside other young people.

“The press coverage and buzz that we generated, and that thousands of students just like us created around the country, cannot be ignored,” said Oaks. “Young people will be the change in this country, and I am proud of the fact that I will be able to consider myself part of this coming change.”