Field hockey starts new season off with a bang 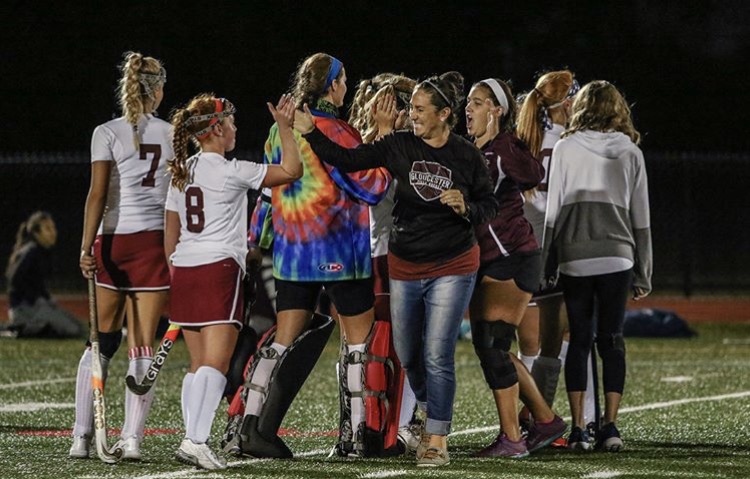 GHS Field Hockey team after their win against Peabody 8-1.

As the new school year begins, so does the domination of the GHS Field Hockey Team. The new 2017 fall season is off to a great start with a two game winning streak. The team won 6-1 against Saugus, and 8-1 against Peabody in the past two weeks.

Many players are extremely hopeful for the upcoming season and are confident with the new team, which includes the addition of two new freshman Ella Marshall and Mia Salah. The team has strong leadership with new Senior captains Taylor Abbott and Marisa Enes.

“This year’s season started off with a bang. We practiced through hard preseasons so we were prepared for our first game,” said Captain Abbott.

The team’s hard work and strong chemistry has generated a successful season so far. Three-year varsity player and junior Jemima Grow believes the strength of this year’s team is the reason for their success.

“We’re moving the ball really well around the field. The offense and defense communicate and work really well together,” said Grow.

Junior Bailey Marshall also expressed how the goals are balanced between offensive players and feels that the team “clicks a lot more,” and has a strong bond together.

The team misses former goalie Jenna Taormina, and player Rachel Alexander, who now plays at UConn. They are all extremely proud of their former teammates and wish them well throughout their college careers.

The varsity Field Hockey team hopes to continue their winning streak at their next game against Bishop Fenwick on Thursday September 14th. Come support the team at 6:30 pm at home and cheer on our girls!