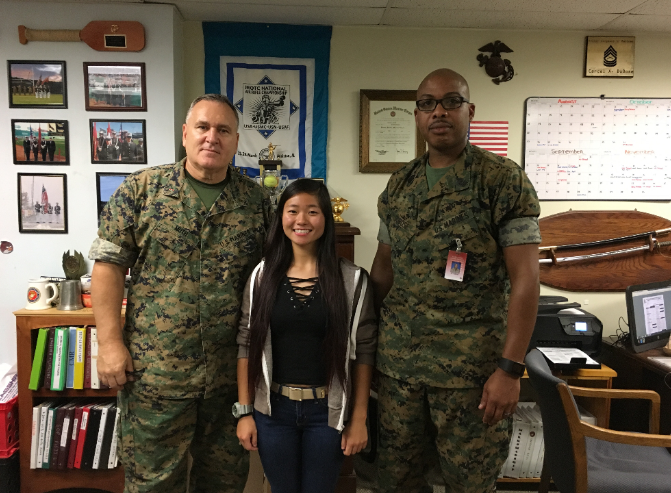 GHS senior Soo Ae Ono has been honored with the Legion of Valor Bronze Cross award for her achievements. It is awarded to the top cadet in each of the five JROTC regions.

“Before the school year ended, Gunner told me to fill out the application and I did it with the thought that I had no chance of getting it,” said Ono. “After all it is very competitive and only the best of the best get it.”

Ono represents this award for Region One, which consists of eleven states that range from New England to Mid Atlantic.

There are a lot of requirements to be considered for this prestigious award.

Two years ago, Class of 2016 alumni Amy-Elizabeth Geraghty received this award. She is now attending college in Daytona Beach, Florida. About ten years ago, Kevin Wheeler also received it and now presently serves as a Captain in the Marine Corps.

“All of these recipients have something in common,” said Marine Instructor MSgt Carcel DuBose, “They positioned themselves to be considered for award by working hard inside and outside of the classroom.”

Ono also received the President’s Volunteer Service Award from Barack Obama in 2016 for her thousands of hours of community service.

“She does community service for the right reasons, not because it is required,” said Muth.

“This is something I never thought would happen,” said Ono. “I’m so honored.”