Another win for Fishermen Hockey 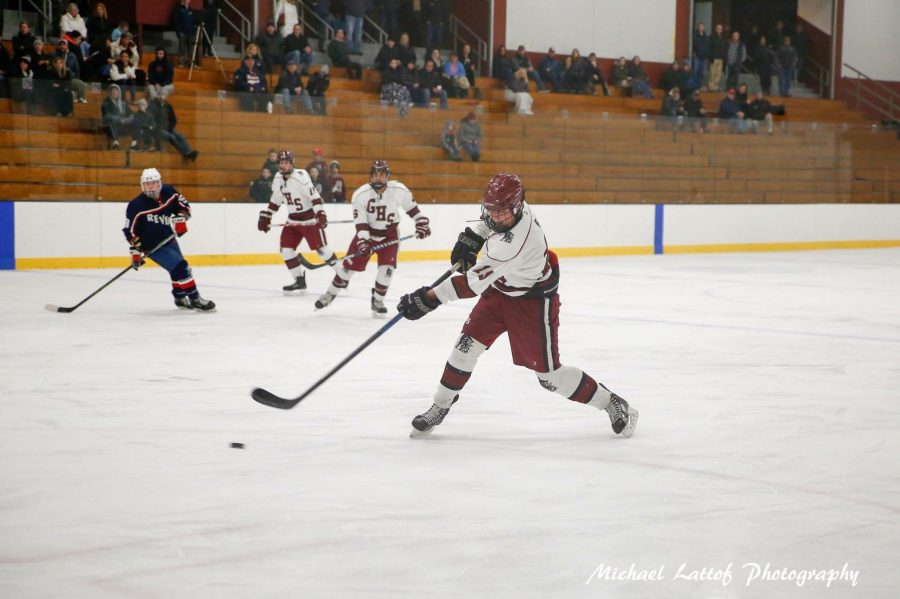 The Fishermen boys hockey team reeled in another win Wednesday night against the Lynn Jets at Connery Rink with a final score of 4-1.

Gloucester started off the first period with a goal a few minutes in by senior captain Liam Lyons, assisted by Ej Field and Sam Poliskey.

The Fishermen carried this momentum into the second period with a goal less than two minutes into the period, scored by co captain Sal Costanzo, assisted by Lyons and Derek Hopkins.

The Jet’s John DiFilippo scored their first and only goal during their power play towards the end of the second.

Gloucester did not give up and started off the third with yet another goal scored by Costanzo, assisted by Field and Lyons. Costanzo finished off the end of the game with another goal with 7 minutes to spare.

“The team played very strong together,” said Fisherman Coach Sean Lyons. “They played as a team.”

The Fishermen’s next game is Saturday at 7pm at H. Alden Johnson Rink against the Hamilton-Wenham Generals.