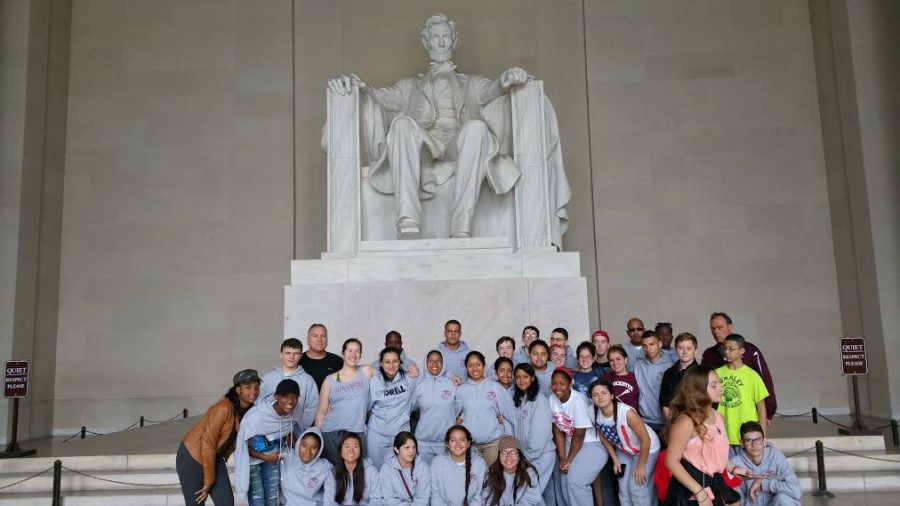 JROTC at the Lincoln Memorial in Washington D.C.

While most of the student body of Gloucester High School spent their April vacation hanging out with friends and relaxing, the Gloucester ROTC was competing in the first ever Olympiad tournament in Orlando.

“Normally we go to Daytona Beach to compete in a national ROTC event,” said MSgt Carcel DuBose. “This school has done that for the last 15 years. This year was the first year of the inaugural Olympiad in Orlando, Florida which is different because it’s more than marching.”

“It was really hard,” said John Vega. “It was long hard and motivating, it helped me prepare for the Marine Corps.”

“It motivated you,” said sophomore Aurora Billante. “We had actual Navy and and Marine coaches with us who motivated us throughout it and it felt good to get runner up out of I don’t know how many schools were in it but it was second.”

The students also got to visit visited the National Museum of the Marine Corps as well as our nation’s capital.