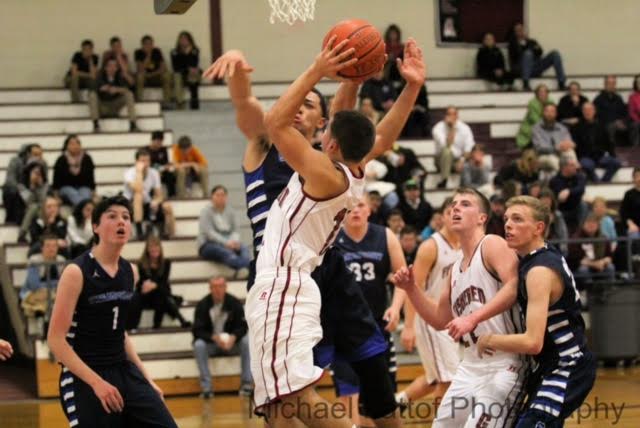 Freshman guard Marc Smith goes up for a lay-up

Gloucester’s coach Bill Cahill lines up three teams every year for Gloucester to play against. The two day tournament consists of a total of four games. After the first day, the winners of the first two games go on to play in the championship game for first place and the losers go on to play in a game for third place.

The second day ended on a better note for Gloucester, beating Manchester-Essex 61-50 for a third place win in the tournament.

“We played really well against Manchester-Essex,” said junior starter Nate Young. “We started off with a strong lead and held them down for a win.”

The overall winner of the tournament was Boston-Latin with a final score of 46-17.

“It’s not that bad,” said Manchester-Essex basketball coach and traitor Shaun Goulart. “A few years ago it [the shame of losing to the school at which he teaches] was bad. Now I don’t really care.”