Cross country on track to rebuild 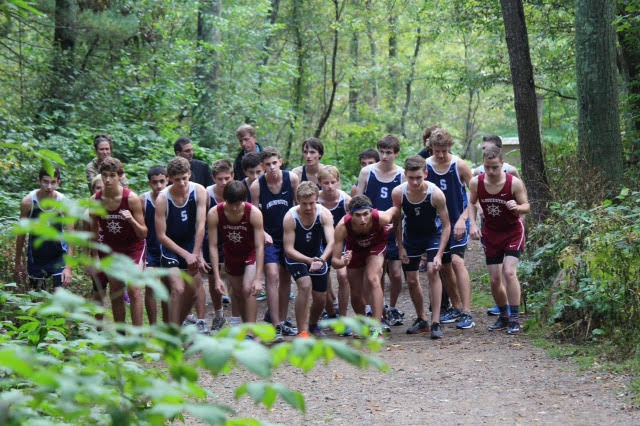 The Gloucester cross country team is rebuilding this year after a loss of multiple seniors. The team has a current record of 3-2-0 and is looking to improve in their upcoming meets.

Last weekend, the cross country team competed in the Baystate Invitational Meet in Westfield. The meet went well and they got to go out and preview the All State course.

“It is hard to run in a meet that big because it is very overwhelming,” said junior captain Carly Curcuru. “You have to remember that it is yourself and the clock.”

The biggest rivals of the Fishermen are Marblehead and Beverly. The Fishermen competed against Marblehead during the first meet of the season with everyone setting a personal record. While the team isn’t undefeated, they have been performing strongly at meets. Other meets they attended have gone well with few losses.

“We look strong and everyone has gotten better and faster,” said Curcuru.

Upcoming events is the Northeast Conference Meet on October 31st and on November 7th, the Fishermen have an Invitational Meet in Wrentham.