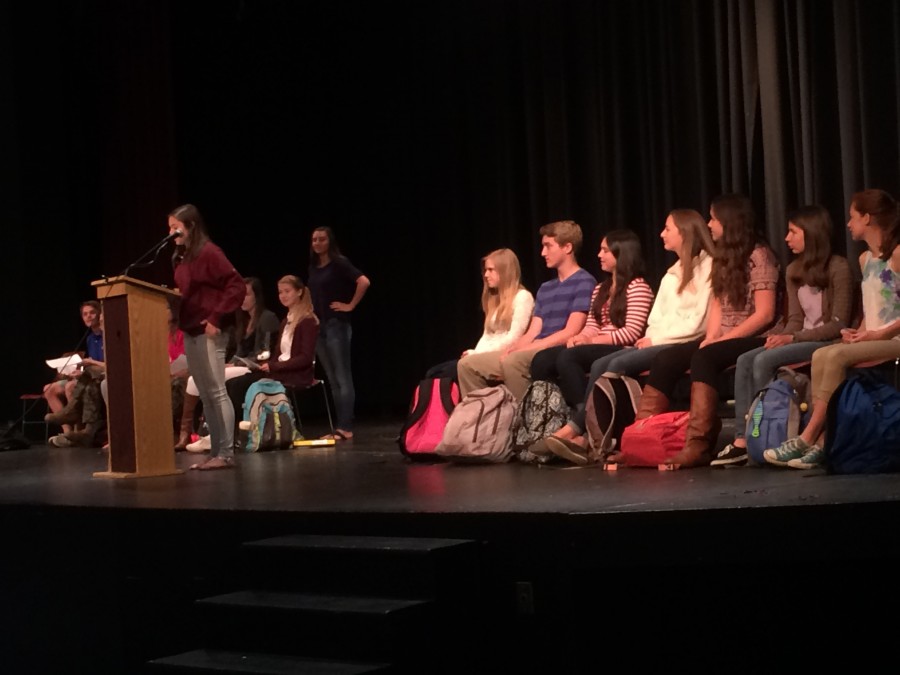 Election day has come and gone, and with it came new changes and faces.

For the class of 2017 the pressure was on due to a limit on the number of representatives who can serve on student council.  With a total of 18 people running office, the class could only vote for seven representatives. This led to five people being cut.

The sophomore race for president came down to the wire,  with Nate Young beating Macaella Oliver by five votes.

Freshman elections were a close race with many amazing speeches.

One speech by newly elected freshman class president Danielle Larrabee stood out when she compared the class of 2018 to a quote by Abraham Lincoln.

“Character is like a tree and reputation is like a shadow. The shadow is what we think of it, the tree is the real thing.”

The speech paved the way for Larrabee’s success when she said, “ Last but certainly not least are the leaves, us. We grow and mature on out branches and eventually leave when we mature and move onto college and the real world.  I want to be part of our tree. I want to help our leaves mature and flourish. Together we can become something amazing.”

For new members of the student council, they hope to stand apart from the crowd and make positive changes. “I wanted to be apart of what makes the school great,” says current sophomore Steven Moody who is one of the newest representatives of the class of 2017’s student council.

Other members like Emily Kenyon, who is newly elected vice president of the class of 2018, said, “I wanted to help spread out the work load.”

Member of the junior class were so confident in their leadership, all of last year’s elected candidates ran unopposed.

“Not only am I a savage, but I am running unopposed,” said class of 2016 president Mike Vaiarella.

Student Council encourages students to get involved with class events and fundraisers by contacting their class officers in person or on social media.