Girls Track back to back NEC South Champs 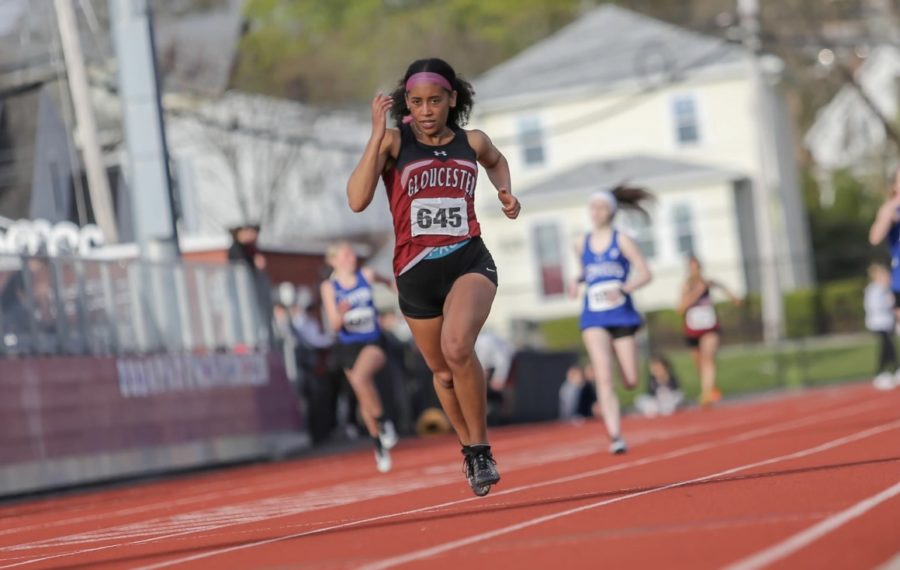 After the last week’s dual meet against Danvers, the GHS Girls Track and Field team clinched the NEC (South) Lynch Division title for the second year in a row. Both teams were going into their last inner conference clash undefeated, on both the boys’ side and the girls’ side. The girls defeated Danvers 80-55, while the boys’ side fell short 77-59, and were the NEC South runner-ups for the 2nd year in a row.

The girls’ team was led by 8 first-place finishes, three of which were by NEC Scholar-Athlete Award winner, Darcy Muller. Winning the 100m, 200m, and long jump, Muller earned 18 points with a second-place finish in shot put.

Caroline MacKinnon picked up first place in 800m, along with Caelie Patrick who won the mile. Freshman Megan Hurd earned first place in the triple jump and sophomore Abby Stauffer also placed first in the high jump. The 4×400 relay of MacKinnon, Stauffer, and freshmen duo of Rose Groleau and Skye Ciolino closed out the meet with another first-place finish.

On the boys’ side, they lost to a very deep Danvers team but still managed to pick up 6 first-place finishes. Captain Andrew Coelho placed first in the 400m, triple jump, and the 4x400m relay team that consisted of Josh Silva, Kayky Barbosa, and Colby Rochford. Rochford also picked up a first-place finish in the 800m as well. Sophomore Nate Gardner earned two first places in the hurdle events; 110mH and 400mH.

The girls are now 4-0 in the NEC Lynch division, 5-2 overall in the NEC. They have one last dual meet remaining against Masco. The boys finished 3-1 in their division and have an overall record of 4-3, with Masco remaining.

“I’m really proud of the girls for winning the conference two years in a row,” said Head Coach David Coleman. “We’re looking forward to this continued success at the league and state meets, on both sides.”

With the regular season coming to an end, championship season is on the horizon. The Northeastern Conference Championship is going to be held in Peabody this Saturday, at 4pm. The 2022 MIAA Division 4 Championship is following week, with All-States and nationals also in the near future.