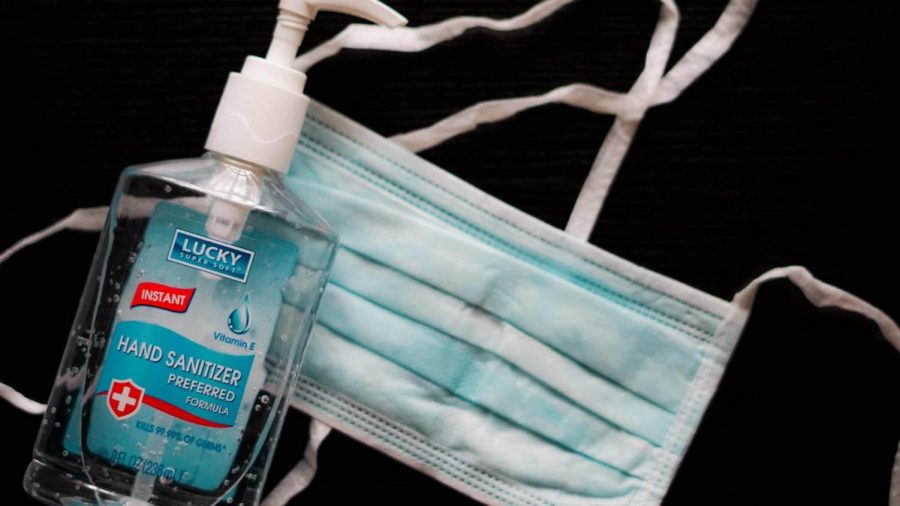 Since the invention of the part time job, teenagers have been working in the service industry. However, in the time of Covid, these jobs have become more stressful because of the increased risk and responsibility.

“We had to have plexiglass put on the registers to keep us safer,” said junior Felicia Palazola, who works at Shaw’s “We have to clean the whole store hourly, wipe down baskets/carriages and any surfaces that have been touched”.

“Originally, the bag room was out of operation and only carts were being used,” he said. “Which we then cleaned with a disinfectant and then a second disinfectant once the first coat dried. At the end of the day, we would spray down everything with disinfectant – carts, clubs, the entire area of operation.”

Teens also have concerns about the health risks of their jobs.

“I didn’t want myself or anyone else to get sick, so I made sure I took all the safety precautions,” said Emily Gossom, a sophomore student working at Dunkin’ Donuts. “Dealing with customers all day and then coming home, I always had this thought in the back of my head that they’d get sick and it would be my fault.”

“The most challenging thing was getting over my anxiety of working in service during a pandemic,” said junior Chiara O’Connor, who works as an ice cream scooper at Long Beach Dairy Maid. “It took me a while to be comfortable enough to go back.”

Making these teens jobs even more stressful was handling the needs of customers. Service positions require constant interactions with patrons, who did not make their jobs any easier.

“It was difficult to make people wear masks,” noticed O’Connor. “People either wouldn’t wear them, or they would wear them waiting in the lines then take them off when they got to my service window.”

When people refused to wear masks,  “It was awkward,” said senior Madison Kolterjahn who works at Ipswich Country Club. “It put us in an uncomfortable position. People thought it was their right to not wear a mask, and didn’t realize they were putting other people at risk. Sometimes we had to get our manager to ask  people to leave.”

Essentially all services during Covid require mask-wearing and if not wearing one, service will be refused.  The teens we interviewed said having to hash this out with every customer was tiring and drained patience quickly in an already difficult situation.

Everyone has been going through this together.

So, please wear a mask and be kind. These teens are making sure that you are safe, so you should do the same.